Welcome To My Mind

What Have I Been Thinking About?  I know you’ve been wondering.

1.  Cover Your Caucus:  It was tremendously moving watching the news coverage of Congresswoman Gabby Giffords resigning last week.  This brave and strong woman looked so incredibly frail as she moved about the Chamber of Congress.  It seemed like practically everyone came up to say goodbye and slobber all over her.

When it was all over, and she was finally leaving, I thought, “Gee, I hope she doesn’t go home with a cold.”

2.  I Wanna Be Hydrated:  No disrespect, of course, but I had an idea for a new U.S. Marines poster.  It would be a picture of those guys peeing on the corpses in Afghanistan, with a caption that read, “U.S. Marines:  The Few.  The Proud.  The Incontinent.”

3.  What It Is, Man:  My mom (frequently) tells me that long ago, in school, she learned the ancient Greek philosopher Zeno said, “What is, is.  What is not, is not.”

These days, you do hear a lot of people say a variation:  “It is what it is.”  I understand that some people find that particular saying annoying, so I tried to come up with a new version that also sums everything up:  “What is, is.  What’s done is done.  And what will be, will be!”

4.  You’ve Got A Carry-On Circling Uranus:  Have you seen those god-awful commercials for some kind of medicine, where the person has an uber-case of IBS?  A severely undernourished-looking dude (even his tie is skinny) is sweating it out on a plane, wondering in a whiny voice, “What if I have a pain…..what if I can’t easily get to the restroom…what if someone’s in the restroom if I make it?…What if?…What if?…What if?”

What if , instead of this whining, we got to hear an irate Al Pacino, saying,  “What if I just shit myself right hee-yah??!  Yeah!  Right hee-yah, in this godforsaken, undersized airline seat.  Poo-ha!” 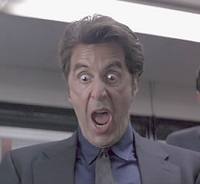 5.  Too Good To Be Blue:  My new friend’s a good girl who secretly wants to be bad.  The only thing holding her back is she’s a major germaphobe.  I told her she’d be all set if only she could get her beloved Purelle in lube form. 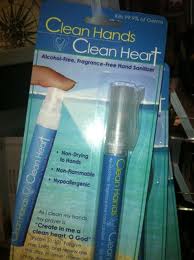 6.  I’m So Glad We Had That New York Minute Together:  It seems like many New Yorkers are emotional fast-trackers.  They have their mid-life crises at age 27.  Getting to know them is a literal whirlwind.  On the second day, you become enlightened as to their bathroom habits.  On the third day, you know their complete mental history, as well as all the meds they’re currently on.  By day 5,  they want to go away for a spa weekend to unwind and bond.  But on day 9, they tell you that their life is imploding; and within two weeks, they don’t even take your calls anymore.

One month out, you’d be lucky if they remembered your name.

You heard of a New York Minute?  The concept exists for a reason.

7.  Group Hug:  A couple of years ago, at a fancy holiday function, I didn’t realize it at the moment, but I think my husband and I were propositioned by a swinging couple.

I just don’t get folks that are into group sex.  They must really like it.  With everyone’s crazy schedules these days, it’s tough enough to get just two people together. 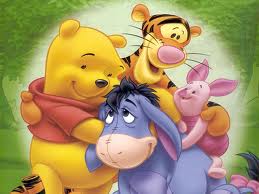 8.  Blondes Just Want To Have (More) Fun:  When I was a kid, I used to hear the saying, “Blondes have more fun”.  Now that I’m a (brunette) adult, I’d like to modernize that saying.  It’s probably more like “Blonde bisexuals have the most fun”.

9.  Fallin’ Off The Edge Of The Stage:  On the news yesterday, I saw that a 16 year-old girl on American Idol sang Otis Redding’s “Sittin’ On The Dock Of The Bay”, then promptly fell off the stage.  She had just told the judges she’d picked that song to try to appeal to an older audience, but did she really have to drive her point home by shattering a hip?  Here’s a kid who took too literally the show biz advice, “Break a leg”.