written by and starring MARY DIMINO

A preview by Joanna Rapoza

Remember when you were a kid, and you’d hear the adults talking among themselves, and you’d think, “Gee, I wish I were in on that conversation.  I wish I knew what grown-ups know!”

What if, at the tender age of eleven, you got your wish?  What if the curtains parted, and the man you saw behind them was not at all who you’d expected?

Perhaps the secrets of the universe are quite simple.  Maybe, like all important mathematical equations, they eventually reduce to something very brilliant, yet very basic.

“BIG DUMMY – me & my old man”, the newest solo show by MAC award-winning author/actress/comedienne Mary Dimino, is all about recognizing the brilliance of simplicity.

I have not yet seen “BIG DUMMY”, whose initial run will be during the two-week-long NYC 2013 International Fringe Festival in August.  However, seeing Mary Dimino’s “BIG DUMMY” is at the top of my list.  Tickets went on sale July 19th, and I’ve already purchased mine HERE.

I, for one, cannot wait to be transported by Mary Dimino as she pours her soul out, solo on a stage, simultaneously inspiring laughter and tears as she imparts hard-learned wisdom she’s acquired through life’s experiences.  Mary Dimino is a raconteur extraordinaire; always entertaining, always illuminating.

Seeing her last (award-winning) solo show, “Scared Skinny”, I learned how miserable Mary felt being an overweight child and then having a sick mom, and how she overcame her obstacles, emerging victoriously grounded.  (You may read my scintillating review of “Scared Skinny” here.)

Now, with “BIG DUMMY”, I will get to learn of Mary Dimino’s fascinating and complicated relationship with her (apparently Forrest Gump-like) father.  (Let us not forget what the character of Forrest Gump accomplished for the benefit of the world, never mind what it did for Tom Hanks’ career.)  (Also, Forrest was cute.)

That’s gotta be tough – at age eleven, having the rose-colored glasses yanked away; facing an unfiltered realization that you’ll always be increasingly smarter than your dad.  The good, handsome, virile, all-powerful dad that you’ve always idolized.

This is something foreign to me, having had an overweight dad who was a scientist.  He knew lots about everything, but I wish he’d known more about taking care of himself.  A chocolate addiction and hypertension led to a fatal heart attack at age fifty-three.  It was hard for him to tolerate the ignorance of children, at times, and a common retort of his I remember well from my childhood was, “Ah, whadda you know?”  (Like Mary Dimino and her dad, my dad was born and raised in the outer boroughs of New York City.)

But this is not about me.  Or is it?  Mary Dimino has an astounding gift for “relatability”, and reaching people.  When she reveals the truths of her life, they resound deeply with the audience members, and we feel like she’s telling our story, too.   This is part of what makes her so compelling on stage.  Pair that with consummate acting, immaculate writing and inspired direction and lighting, and those are the reasons why you must go see “BIG DUMMY – me & my old man”, written by and starring Mary Dimino, at the NYC Fringe Festival next month.

I look forward to learning more about the father/daughter relationship of one of today’s most compelling artists and solo performers, Mary Dimino. 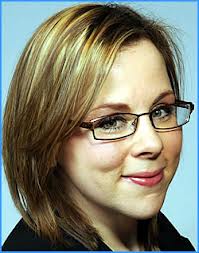 Here’s some more cool stuff you need to know about Mary Dimino:

And now, instead of re-inventing the wheel to deliver you Mary Dimino’s long list of accolades, I quote to you from the official Scotti Rhodes Publicity’s BIG DUMMY press release:

“Writer, actress and comedienne Mary Dimino is a Fringe NYC Outstanding Solo Show Award Winner for her critically acclaimed solo hit Scared Skinny.  Her book, Scared Skinny No More was released in April 2013 by Sunbury Press.  A 2010 MAC Award winner for Outstanding Female Comedian, Mary also won the 2008 Gracie Allen Award for the PBS documentary Fat, What No One is Telling You and was featured on NBC’s Today Show.  Her other television appearances include HBO’s The Chris Rock Show, Comedy Central, VH-1, New York Undercover and in sketches on the David Letterman Show.  A regular on the national comedy circuit, she has performed at Stand Up New York, Caesar’s Palace, The Improv and The World Famous Laugh Factory.  She is also a member of the all female comedy troupe The Italian Chicks, and has opened for Janeane Garofalo and Kevin Meaney.  Off-Broadway appearances include Tony and Tina’s Wedding and the musical, Surprise.  Currently she is a comedy contributor for the Huffington Post. 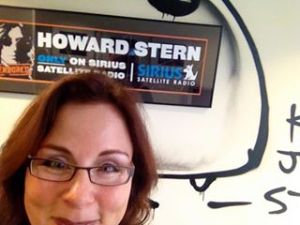